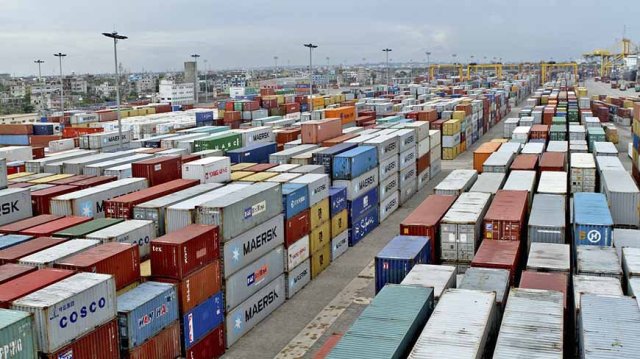 Chittagong through the Ages:

From that time up to the emergence of the Pathan rule in the 16th century but with certain brief intervals, Chittagong was ruled by the sultans of Gour. During the year 1538-39 Sher Shah’s General Noazish occupied Chittagong and till 1580 it was ruled by the Afgans. Though the Afghans left Bengal in 1575, Jamal Khan panni ruled Chittagong up to 1580. In 1580 she was re-captured by the Arakans and remained under the occupation till 1665, when MoghulGeneral Shaestha Khan expelled Arakanese from Chittagong and the area from the south of the Feni river to the south of Shankha river was under the occupation of Moghuls. In 1756 Moghul General Adhu Khan of Dohazari Fort occupied the southern part of the river Shankha upto the north of Naf river from the Arakans.

In 1760 the Nawab of Bengal Mir Kashem gave away the ruler ship of this region to the East India Company through a mandate. From that time Chittagong was a part of India under the British rule till the partition of India. In 1971, the then East Pakistan emerged as an independent country known as Bangladesh and Chittagong became the major port of the country.

Shetgang:
The history of Chittagong port dates back to the fourth century B.C. Although the political status of Chittagong and its region in pre-historic time is rather sketchy, but the periplus of the Erythrean Sea documents a vivid picture of the Port of Chittagong. The Yemeni and the Arab traders of Babylon of ancient time used to trade with Greece, Macedonia and in the East with India, Java, sumatra and China. For the purpose of trade they used to call at the Indianports of Surat, Cochin, Tamralipta and Chittagong. According to Ptolemi, the famous historian, Chittagong was one of the finest port in the near and far east at that time. Malayan history bears that the greatest sailor Buddha Gupta sailed from Chittagong to Malya in the 4th century B. C. Chittagong derives its name from the Arabic word “Shetgang” (shet-Delta, Gang-the river). The Arab traders considered Chittagong to be the delta of the Ganges.

Samunda:
During the 9th century the Muslim traders from Arabia and Yemen started using the port of Chittagong as their base port and its control remained in their hands for quite sometime. During the period the activities of the Port increased tremendously and name and fame of the port reached far and wide. The Port was developed so much by the Arabians that within a period of 100 years she surpassed the great Port of Tamluk. The Arabs called the Port “Samunda”.

“Porte Grand”
In the year 1517 Joaoda Silveria, the first Portuguese Captain reached the Port with his ship “LOPO SOANA” and the year 1526 marked the anchoring of vessels by Captain Caaz Penira at Chittagong. The third Portuguese Capitan Alfonso de Mellow landed at the Port near Chakaria in 1528. the Portuguese commanders who came to Chittagong name the Port as the PORTE GRANDE (a great Port ) and the records show the Porte Grande offered easy access and safe anchorage to ships of 20 feet draught.

British Period:
With the advancement of the British during the 17th and 18th centuries the Portuguese slowly gave way to them. The growing importance of Chittagong as a natural outlet for the Northeastern regions of the then British-India ultimately led to the enactment of Port Commissioner’s Act of 1887 which was introduced on 25th April 1888 and the commissioners for the Port of Chittagong started functioning. Four jetties were built between the period 1899 and 1910 by the Assam Bengal Railway and the Port was administered jointly by the Port Commissioners and Port Railway.

Partition of India:
With the partition of India in 1947, the Port of Chittagong was suddenly subjected to heavy pressure of more commercial activities, being the only Port of the eastern zone of the then Pakistan. The railway and the Port immediately undertook a short and long term plan and during the fifties, nine jetties including seven new and a number of pontoon berths and moorings were constructed.

Port Trust:
Such rapid development necessitated the reorganization of the Port Management and as a result Chittagong Port Trust was formed in July, 1960, to do away with the dual administration of the Port by the Port Commissioners and the Port Railway.

Port Authority:
Under the “Trust” system administration and quick development of the Port where not found to be picking up to meet the challenge of modernization and expansion. It was felt that more autonomy be given to the management for better administration and rapid development of the Port, hence by an Ordinance in September 1976, the Chittagong Port Authority came in to being.

Prospect:
Port is a place where international shipping either originates, terminates or transits and thereby of necessity making it highly dynamic subject to keep pace with increasing commercial and economic activities. In spite of constraints in men and material and financial limitations the Port Authority has concentrated all its attention to the development of the Port and better management so as make it the nerve centre of the economic progress.